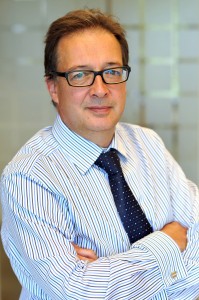 LCF  Law are helping people to gain some much needed peace of mind by advising and guiding them through the will making process.

Why the increase in will writing?

Partner, Neil Shaw, explained: “The coronavirus outbreak has prompted people to urgently review their personal affairs. It is estimated that around 60% of adults don’t have a will, and this awful disease has unfortunately bought the issue to the forefront of many people’s minds.

“We have found that the majority of people understand they ought to have a will, but often they don’t for a number of reasons. These can include time, money, a reluctance to think about the whole aspect of death, or wrongly thinking that they don’t have enough assets to warrant one. Also people assume that their wishes will be carried out by default after they die, but this is unfortunately not the case.

“A will clearly sets out who will benefit from financial and personal assets after death. It details who should look after any children under the age of 18. It also names the designated person that will sort out the estate and carry out wishes after death – this person is called the executor. Finally, a will outlines what happens if the people intended to benefit from a legacy, die before the person making the will.

“As it’s a legal document it must be signed and witnessed by two people aged over 18, of sound mind, who aren’t related to the person making the will or their beneficiaries, who can watch the document be signed. During these times of social distancing, this can be done behind glass and our team at LCF Law are on hand to print and deliver documents for people safely – something that lots of people have really appreciated.

Making a will gives peace of mind.

“Wills are particularly important for people with dependent children, as they detail how they would like children to be cared for. In the worst case scenario, whereby both parents die without a will, which is known as intestate, the legal responsibility for any dependent children under 18 will not automatically go to the immediate family, which many people mistakenly assume. It would fall to the courts, until a decision is made on who will become guardians.

“The issues of wills being out of date is another real problem. Often people have separated, bought a home or had more children. A will is technically valid even if a person separates from a spouse, so their ex could still be entitled to an individual’s assets until a divorce is formalised. People who cohabit would not be entitled to their partner’s assets if they died without a will, but any jointly owned assets, would normally be inherited by the partner. It’s also important to note that children would have a claim on the assets, but if there are no children, the assets would be passed on to parents and siblings.

We are here to help.

“What we hope to get across to people is that making a will is the best way of protecting family members and loved ones. It’s also the only way to be certain that a person’s wishes will be met in the event of their death. There is so much for people to cope with at the moment, with many truly frightening day to day pressures, especially for those working in the NHS and key sector workers.

However, we have found that talking through what a person wants for their children, family and friends is helping them to gain an element of control and some much needed peace of mind.

“Making a will, if things are relatively straightforward, can easily be done online, but the majority of people need legal guidance and reassurances on what they are doing. Anyone with more complex financial legacies, like multiple properties and overseas assets, along with people who have more complicated personal situations, like larger families, children with different partners, those who live together and are not married or civil partners need that extra clarity.”

Get the support you need.